With Exchange 2010, we no longer have the concept of Local Continuous Replication (LCR), Single Copy Clusters (SCC), Cluster Continuous Replication (CCR) or Standby Continuous Replication (SCR) for that matter. WHAT!? I hear some of you yell! Yes I am not kidding here. But to be more specific, only LCR and SCC have been removed from the Exchange Server product. CCR and SCR have been combined and have evolved into a more unified high availability framework in which the new Database Availability Group (DAG) act as the base component. This means that no matter if you are going to deploy a local or site-level highly available or disaster recoverable solution, you use a DAG. To make myself clear, with Exchange 2010, your one and only method to protect mailbox databases is by using DAG. 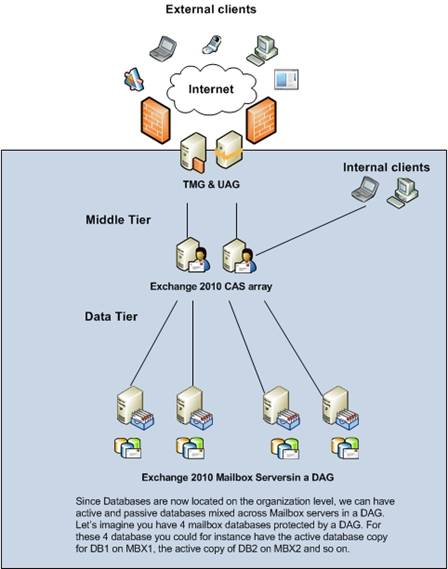 So what’s interesting about a DAG then? Well there are many things; the most notable are listed in the following: 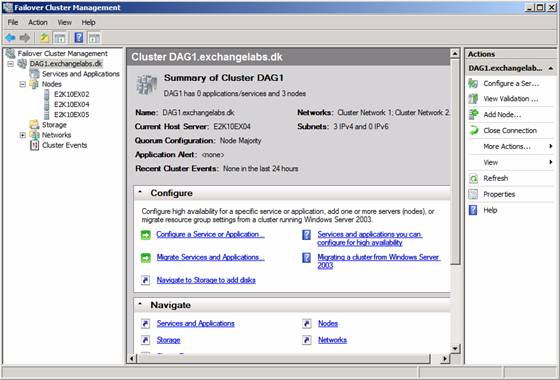 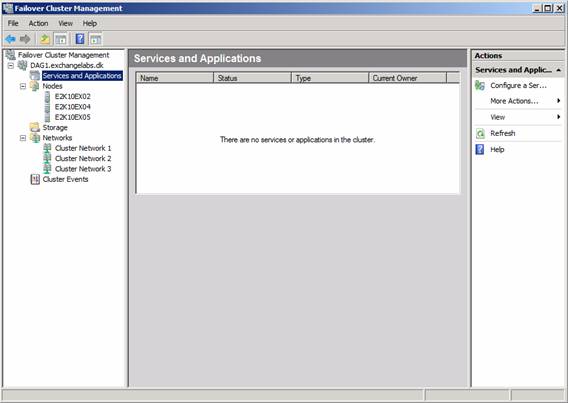 Figure 3: No Exchange Cluster Resources in the Windows Failover Cluster

Incremental deployment – Because DAGs still use some of the WFC components such as the cluster database, heartbeat and file share witness functionality, Windows Server 2008 SP2 or R2 Enterprise edition is required in order to be able to configure Exchange 2010 Mailbox servers in a DAG. But Exchange 2010 supports an incremental deployment approach meaning that you don’t need to form a cluster prior to installing Exchange 2010. You can install the Exchange 2010 Mailbox servers, and then create a DAG and add the servers and any databases to the DAG when needed.

Co-existence with other Exchange roles – With CCR you could not install other Exchange Server roles on the mailbox servers (cluster nodes) that were protected using CCR. With DAG, a mailbox server part of a DAG can have other Exchange roles installed. This is especially beneficial for small organizations. Because now that a DAG protected Mailbox server can co-exist with other Exchange roles, it also means that you can have a fully redundant Exchange 2010 solution with only two machines dedicated as Exchange servers. Of course, you need to configure a file share witness, but this could be any in your environment. The file share witness does not need to run the same Windows version as the Exchange 2010 servers. It just needs to run Windows server 2003 or later. Another thing you should bear in mind is that if you go down the path where you use two Exchange 2010 servers, and you want to have a fully redundant solution, you must use an external hardware or software based load balancing solution for Client Access services. 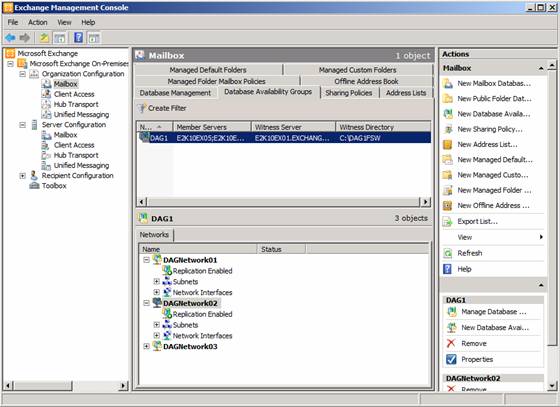 Replication at the database level – In order to support the new DAG feature, databases in Exchange 2010 has now been moved to the organizational level instead of the server level where they existed in Exchange 2007 and earlier versions. This also means Exchange 2010 does not have the concept of storage groups any longer. Now there are databases and a log stream associated with each database. One drawback of CCR was that if only one database failed on the active node, a fail-over of all active databases existing on the clustered mailbox server were moved to the passive CCR node. This meant that all users on that had a mailbox stored on the respective CMS were affected. 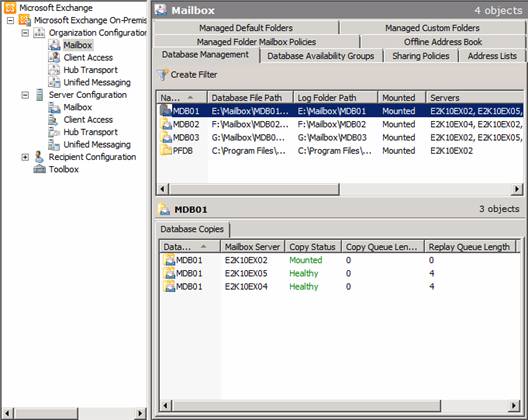 Figure 5: Databases on the organization level

Switch/Fail-overs much quicker than in the past – Because of the improvement made with Exchange 2010 DAG, we will now experience much quicker switches and fail-overs (*-overs) between mailbox database copies. They will typically occur in under 30 seconds, compared to several minutes with CCR in Exchange 2007. In addition, because Outlook MAPI clients now connect to the RPC Client Access service on the Client Access Servers, end users will rarely notice a *-over occurred. You can read more about the RPC Client Access service in a previous articles series of minehere.

Go backup-less with +3 DB copies – When having 3 or more copies of a mailbox database, it is programmed to backup-less. This means that you basically enable circular logging on all mailbox databases protected by DAG, and no longer perform backups as we know them. This thinking of course requires enterprise organizations to change their mindset in regards to how they think mailbox databases should be protected.

Support for DAG members in separate AD sites – Unlike CCR cluster nodes, you can have DAG member servers located in different Active Directory sites. This should be a welcome addition to those of you who do not have the option of using the same AD site across physical locations (datacenters). It should be noted though, that you cannot place Mailbox servers protected by the same DAG in different domains within your Active Directory forest.

Log shipping via TCP – In Exchange 2007, the Microsoft Exchange Replication Service copied log files to the passive database copy (LCR), passive cluster node (CCR) or SCR target over Server Message Block (SMB), which meant you needed to open port 445 in any firewall between the CCR cluster nodes (typically when deploying multisite CCR clusters) and/or SCR source and targets. Those of you who work for or with a large enterprise organization know that convincing network administrators to open port 445/TCP between two datacenters is far from a trivial exercise. With Exchange 2010 DAG, the asynchronous replication technology no longer relies on SMB. Exchange 2010 uses TCP/IP for log file copying and seeding and, even better, it provides the option of specifying which port you want to use for log file replication. By default, DAG uses port 64327, but you can specify another port if required.

Log file compression – with Exchange 2010 DAGs you can enable compression for seeding and replication over one or more networks in a DAG. This is a property of the DAG itself, not a DAG network. The default setting is InterSubnetOnly and has the same settings available as those of the network encryption property.

Seeding from a DB copy – Unlike CCR in Exchange 2007, we can now perform a seed by specifying a database copy as the source database. This means that a new seed or a re-seed of an existing mailbox database no longer has any impact on the active database copy. 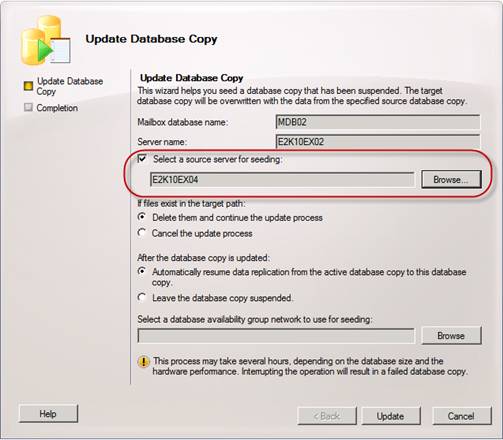 Improved Transport Dumpster – The transport dumpster we know from Exchange 2007 has also been improved, so that messages are re-delivered even when a lossy database failover occurs between databases copies stored in different Active Directory sites. In addition to this, when all messages have been replicated to all database copies, they will be deleted from the transport dumpster.

So with this part one of this multi-part article ends. In the next part, we will begin deploying DAG in our lab environment and look at the various DAG specific setting and so forth. Until then, have a nice one.